I know it doesn’t sound like a lot. But that’s a vlog almost every week. That’s a weekly plan, film, edit, upload.

And I absolutely fluffing love it.

As I said in my last post about vlogging, in some ways, vlogging isn’t all that different from noveling. Except that it is different.

Vlogging is probably better compared to short story writing. Sometimes short stories (at least in my experience) can be written quick, edited quick, posted somewhere quick. It’s a very fast turn around, much like vlogging. And my inner need to get things done and not delay gratification very much appreciates this.

If I were trying to make a full length film or even something longer than twenty-minutes, then maybe that would be more like noveling. But most of my vlogs have been under ten minutes.

That being said, I have by no means mastered editing film. I’m getting pretty good at cutting and adding captions and stuff, but I haven’t messed with lighting or much of sound and I haven’t figured out rotoscoping at all. I still have a long way to go, but I have learned a lot so far. I’ve learned about the camera and the editing program and myself.

One very important thing I have learned is to have fun. You can do whatever in your vlogs, but if you aren’t enjoying it, there’s not much point. I don’t mind humiliating myself on camera as long as I’m laughing about it.

(Which brings me to a somewhat promotional segway– I made a video of me reading some of my old writing. You can find that here. It is amazing to see how far I’ve come in writing. It’s also very cringe.)

There’s one more thing. Vlogging is a creative outlet that takes up creative energy. I like to think of creative energy as one of those things that you have a limited supply of. It does get refreshed, but you really can’t control when it refreshes or when it dries out.

And I have a lot of creative outlets. I write. I vlog. I blog. I do creative projects for Ch21Con. I knit. I crochet. I bake occasionally. I want to do all of these but I haven’t quite figured out how to spread them and still be motivated for all of them. And these days, with my schedule potentially getting increasingly busier and scarier, I’m forced to choose.

I have gotten to the point where I don’t blog unless I have an idea. I’ve started sharing my opinions more in vlog form or tweets than here. On top of this, I feel like the age of casual blogging has died. I am not getting many followers anymore and next to no comments. There is no interaction. It’s just me, cathartically talking at the screen. I had hoped to monetize this blog eventually, but I don’t think that’s very likely now.

Am I shutting down Spiral-Bound? Not yet. But I would expect the posts to continue to be sporadic, at best.

If you want to hear my opinions and thoughts on a more regular basis, my YouTube channel is here and it would mean the world to me if you subscribed. 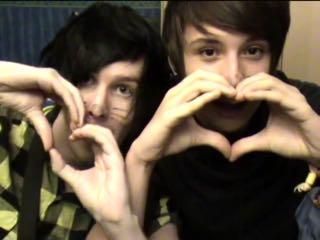 Thank you to each and every one of you for following Spiral-Bound. It means a lot that there are actually nearly 300 people who do (or at one point did) want to hear what I have to say. I give you all virtual cookies. ❤

(No, literally, my blog gives web cookies so this is your friendly reminder to check those cookies and maybe delete the stale ones off your computer.)

Don’t forget to be awesome.

Ooh! Are you going to leave a comment? I love comments! And I like replying to them, too! Cancel reply